Darren Booth is a Canadian illustrator & lettering artist. He uses a unique mixed-media approach that includes paint and intricate collage work. It all comes together in wonderfully ornate imagery and typography.

His hand-crafted and expressive, yet succinct style has enabled him to collaborate with clients such as Google, Coca-Cola, Sony, Pinterest, Universal Music, Target, McDonald’s, Delta and Disney. He has also created distinctive work for high-profile personalities including Steve Martin and Willie Nelson.

Darren is a proud husband and zerbert-giving father of two. When he is not working hard in a hammock in his studio, you can find him on Twitter and Instagram sharing photos of his cat.

Q. If you were playing hide-n-seek at a circus, where would you hide? Probably with the sideshow freaks. I’m sure I’d probably blend in right with them.

Q. What the hell is a zerbert? Who’s the last person to give you a zerbert?

The last person to give me a zerbert is probably my son. It might have been my daughter actually; we always play together so it’s one of those two. I think some people call them strawberries. When you put your lips on like the kid’s arm or cheek or belly, and then you blow and it kind of makes a farting noise. I call them zerberts, but that’s what I’ve always known them as. Maybe it’s just a Canadian thing to call them that.

Q. Who would you rather have escort your wife to a party, Ryan Adams or Ryan Reynolds?

Do I get to meet either of them? Ryan Reynolds is Canadian, so I think I’ll probably vote for him, but Ryan Adams is one of my favorite musicians, so I don’t know. If it’s my wife’s party, I’ll be the nice guy and let her go on a date with Ryan Reynolds.

Q. What’s your favorite magazine to destroy and slice up? Maybe it’s the National Geographic, I don’t know why. I usually find them at bookstores, and they always have great colors in them. Those and women’s mags all the time, because they’ve got great color palettes as well, and great patterns and stuff to use. GQ is another one, again just for the color palettes and textures.

Probably I, as I’m assuming you’re referring to drawing, illustrating or writing. I would go with I, because it’s so boring. I know a lot of letterers hate drawing S’es. But I don’t have a problem drawing S’es. I is just too boring all lettered up like a stick.

Q. What is your favorite Steve Martin movie? Q. What’s one thing that makes you unexpectedly tear-up?

Anytime a child gets hurt in a movie or TV show. As soon as I had kids I just became the ultimate softie. Yeah, it’s like I don’t know what it is, any TV show, especially if a kid dies or something. It is the worst; it’s so easy to put yourself in those shoes now. I guess that would be like the sad answer. The happy answer would be tearing up out of pride if my kids learn to do something on their own, especially if they’re ecstatic about it. Like learning to go pee on the potty, or try to figure how to tie their shoes or something for the first time. The first time they get it you just see the excitement on their face.

The worst Canadian stereotype is probably the one where we say Aboot all the time, instead of About. I don’t know why that one gets under my skin; I don’t hear that anytime in Canada. There are some good Canadian stereotypes that I don’t mind, like with everybody being polite, and even when we say Eh all the time, that’s fine because we do. I’ve even noticed that my kids, 2 ½ and 5, say Eh. They’re tiny Canadians.

Q. How many cavities have you had in your life? 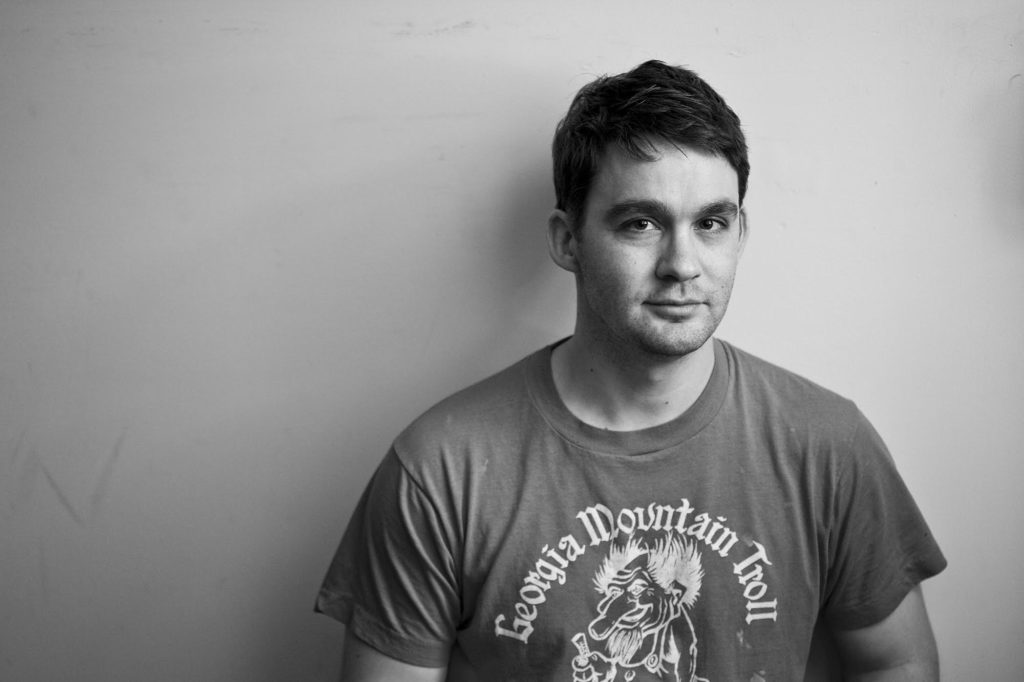