As an illustrator and musician from Illinois, Johnnie Cluney wears a lot of hats, metaphorically. He may be best known for his hand-drawn artist portraits for the Daytrotter sessions (he has fashioned close to 10,000 of them, according to his estimates), but he also used to play in a ton of bands, such as American Dust, Mondo Drag, Quiet Bears, and Romantic and the Sirens. He will be releasing his debut solo album later this year.

In addition to recently illustrating a children’s book, he somehow found the time to let us ask him some seriously dumb questions. Cluney took on the tall task of creating the downtown Davenport ‘Welcome’ sign, which highlights the city, and he describes as ‘mind blowing’.

For all his hard work in design, illustration, and music, Johnnie is mainly a husband and a father. While doing this interview, we could hear his family running around in the background. For the man who finds time for everything, we are super thankful he found time to answer these silly questions, probably while painting and definitely being a working dad on top of it all.

(Laughs) Batman & Robin! No reason, that’s just the type of guy I am.

Q. Have you ever been bitten by an animal? I have. My cat. It was an old cat that I had years ago named Salem. He was a stray cat in the neighborhood. One day, we had our door open and became just an indoor-outdoor cat. I had to get rid of him because one night he peed on my wife’s head while we were sleeping.

Q. When’s the last time you were at the post office?

Around Christmas time to send out children’s books.

Q. Are you a morning person?

I am, yes. I feel most creative in the morning. I like to take advantage of that time if I can.

Q. Can you pop a wheely on a bike?

Q. Have you ever eaten something in a bathroom? I have, but I am trying to think what it was. I just saw this video the other day where people were eating oranges in the shower as a way to wake up in the morning. My daughter always wants to bring a snack in the bathroom and I have to say “No, we don’t eat in the bathroom.”

Q. If you could teleport or time travel but each time you did, you got a very bad sunburn, would you continue?

Yes, because I don’t really sunburn, but if I did I would still do it.

Q. Follow up, where would second time/place you’d go? First time would be pretty good, but the second time you will have learned from your first travel. I would keep it close to home and go back to the 60’s and hang out.

This probably already exists, and I have never looked at any of these before. How about within the site or app, you could create your ideal person by dragging hair and clothing, like a bit emoji, and then they send somebody that’s pretty close to that.

Q. Who is your go-to character in the board game Clue?

No joke, I have never played Clue, but in Monopoly I am always the thimble. 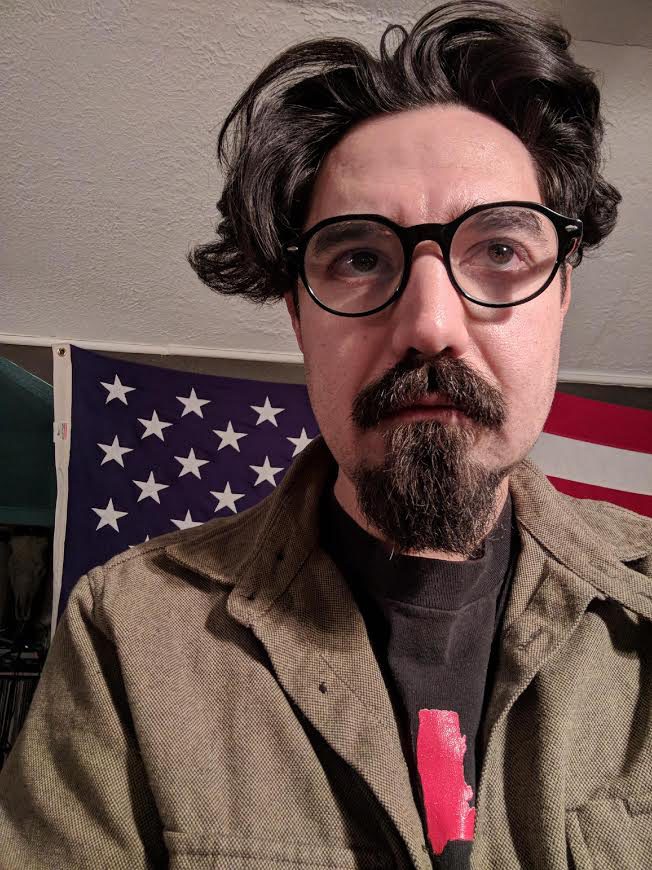