We’ve experienced time and again that it’s all about timing (see what we did there?), especially with Dumb Questions. James Olstein has been on our list for a while, but when we saw that he illustrated the theme graphic for this August’s CreativeMornings, we knew it was kismet.

Aside from being a lauded illustrator, designer and all around good dude, James and his wife are also expecting their first child (probably when this interview comes out). That kid has big shoes to fill, because James has done incredible for work for a wide range of clients, including BBC, Boston Globe, Scientific American, and much more. Speaking of timing, James has a kids book coming out on September 6th from his Odd Science series, called Amazing Inventions.

We wish James and his growing family all the luck and blessings in the world. We hope one day his kid reads this silly article and laughs.

Have you been to a check cashing store? I have. I used to have to go to one in West Philly when I worked at Whole Foods, before I had a real adult bank account. I believe it also bought gold, and there was lots of bulletproof glass, and it was next to a hoagie shop so that probably helped.

Would you rather drown in coffee grounds or cat hair?

(Laughs) I think I would go with coffee grounds. I feel like there would be less sneezing as I drowned and it would smell better.

What’s the worst designed record you own?

It’s an old DEVO record that I got when I was in college while I worked at the radio station and they were purging their vinyl and I would take a bunch. There was this weird DEVO one that was like a board game, where you could rip out pieces and play with them. Normally, just coffee. If we have cookies in the house, I will end up eating a lot of them for the morning kick. I am guilty of eating that sort of thing and thinking it’s breakfast.

I gotta go with Rocky, although I do have a special place in my heart for Always Sunny, because when they were filming the first season they used the street that our house is on and you can actually look it up on the internet and see what our block was looking like.

In your opinion, what’s the difference between a cove and a cave?

A cove is the more romantic one, right? There’s like boat rides in the cove.

What’s cuter, a dog with glasses or a cat with shoes? A dog with glasses, because a cat with shoes would be noisy. The cute factor would drop off real quick. My cat is walking around now, I could just imagine him clacking around in boots. He is a little fancy so it would probably be a wing-tip type shoe.

Phillies or Sixers or Flyers or Eagles? You can only choose one.

Phillies. That’s an easy one. The games are fun and I am one of those people who plan out what food I am going to eat when there. We are actually going tomorrow, and my wife is pregnant and due in three weeks, so we are going to get in there to get a chicken sandwich.

Do you sit down to put your shoes on? Yes or I’ll fall over. One time I didn’t sit down to put my shoes on while on a boat and I almost went over the railing.

You’ve woken up as James Earls Jones…now what?

A lot of crank calls.

If you had to bathe in a condiment, which one would you pick?

Maybe a wing sauce. It smells good and will remind me to eat wings.

Have you ever attended a CreativeMornings? Yes, I have been to a few here in Philly.

Can you name one other famous bell, besides the Liberty Bell?

What do you think about the name Kelvin Larson?

(Laughs) I like it. Starts with a K. Starts off very strong. Larson is a good last name. Is he related to the person who created The Far Side? Is it a real person? I used to have a thing at an advertising agency that I worked at when we were making mockups or testimonials and I would make the names up. 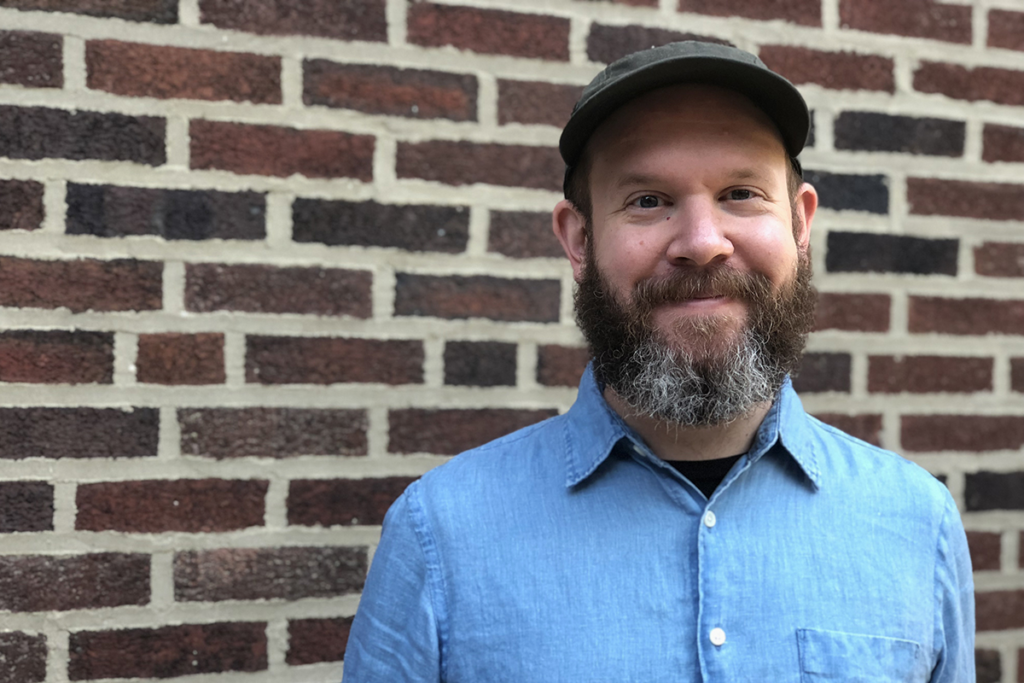