Scott Allen Hill draws. Yes, he is a designer and an illustrator, but all that comes from his lifelong love of drawing, forever championed by his grandmother.

A native of Oklahoma, currently living, working and playing in Denver, Colorado, Scott Allen Hill was the Art Director and co-founder of Foundry Collective, as well as the principal of his own Studio Mast, which is now galloping at full gate in a great direction.

Scott Allen Hill (SAH) and Mast have done some amazing design and branding work for everything from coffee roasters to commercial film studios. His clients include Huddle Collective in Sydney, Australia, the record-keeping ROAR Group, Winston/ Realty in Beverly Hills, AMM Designs, NautixLabs, and trust us, that is naming just a few of his illustrious clients.

SAH has a dog named Eames, a wife named Ashlee, and a daughter named Sylva. We thank him for participating in our Dumb Questions for Smart Designers.

Q. What is your favorite type foundry?

Big fan of the hard working folks at DaFont. After that though, definitely Lineto. They have an amazing ability to create type that has distinct character without being over the top.

I gotta go with Coach Taylor. Good husband, good dad, good leader, All-American smile. I love that man. Don’t get me wrong, I love Riggins but the dude is his own worst enemy. When he left college and threw those books out of the window, I actually yelled “NOOOOO you’re gonna go to jail! And you could’ve sold those books back you idiot!”

Q. What was the most inopportune time you broke, lost or forgot your glasses?

So, I have prescription sunglasses and I wore them while driving to a client presentation. Once I got there I realized I had left my regular glasses at the office. So I thought I’d just give the presentation with no glasses but I had to read stuff on the screen so occasionally had to put sunglasses on in this conference room to read and I felt like a real chucklehead.

Q. If not a designer, what would you be, and why?

Boring answer would be a design professor. That’s my intention in the future anyhow. I’ve done a little adjunct teaching and independent study work and I love it. More interesting answer: I would’ve said vet, but I legit cry when my dog hurts his paw so I don’t think I have the stomach for it. So I would definitely be a chef. Not the go crazy and scream at everyone in the kitchen kind, but the lead-by-example teacher kind. I have a good friend who is a fantastic chef and I really appreciate the way he carries himself in a profession known for really abrasive leaders.

Q. What’s one question you would ask this Scott Allen Hill? Q. Sushi in Denver or Sushi in Oklahoma? (This is a trick question)

Sushi in Boulder. Sushi Zanmai. Legitimately the best sushi I’ve ever had. I took a friend there who had lived in Japan and said it was the best sushi he’d had since living there. 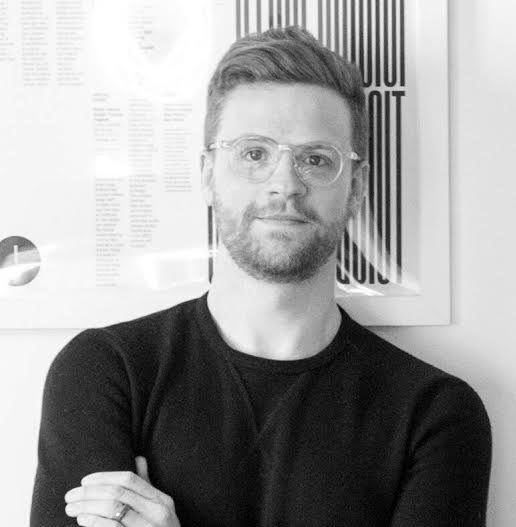