On top of all the killer design work he has done, he then went and created Field Notes, a notebook for anyone with a back pocket and an idea. Through Draplin’s blood and sweat, he took the mundane concept of a notebook and made it into a necessary tool.

Behind the lumberjack myth, he is a simple man. He loves working, he loves junkin’ and he loves music. All in all, he is super nice and down-to-earth, a guy you’d want to grab a beer with, and simultaneously complain about and celebrate the world. Sidenote: I just ordered myself one of those badass Draplin Design Co hats.

The 2012 thing was pretty unfortunate, and seemed out of place amongst years and years of greats. Clunky and forced? I mean, those things are just hallowed graphic landmarks? And then that thing? I get maybe why they were doing it, to get a little weird, but it just seemed a bit forgettable.

Q. If computers suddenly didn’t exist what would you do?

Build houses, furniture…or be a bandit on the run. Something with my hands, of course.

Q. Do you write your Field Notes in pen, pencil or blood?

All the above, you animals.

House Industries, hands down. Great craft, humor, products and good will to designers.

Q. What was the last record you bought? 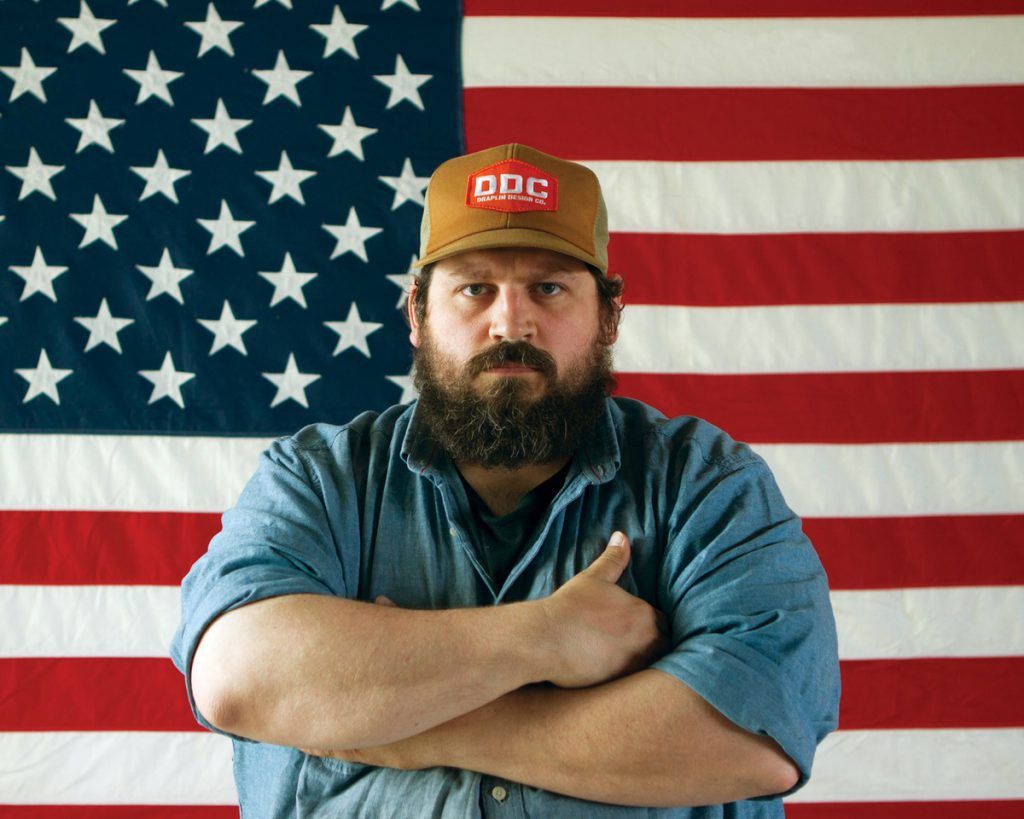