Marty Neumeier is a recognized author, designer, and speaker in the field of branding and design thinking. He is the author of several influential books such as “The Brand Gap,” “Zag,” and “The Brand Flip” which have been praised by both professionals and students in the industry.

Neumeier has also had a successful career as a creative director, leading branding projects for renowned companies such as Apple, Google and Intel. With his extensive experience and knowledge, he has become a highly sought-after speaker, giving talks and workshops on design, branding, and innovation around the world.

Marty is a passionate educator and a thought leader, his books and ideas have been inspiring creative professionals, business leaders, and entrepreneurs to achieve brand success. His latest creative efforts have been on a series of dramatic fiction novels that incorporate creative design into his main character’s identity.

Name one activity from history that you wish was still ‘a thing’?

Reading. And that’s something that has surprised me my whole life. There’s a saying that ‘leaders are readers’.

What would be your weapon of choice in a zombie apocalypse?

Invisibility cloak. Don’t engage. It’s not worth it. You just tire yourself out killing them all.

Tequila Sunrise. I am in Mexico now, so ya, you have to get with the program.

What is your favorite place in the world?

There are so many. Every place can be great in a way. Here we are in Mexico, and it’s Mexico. There’s poverty everywhere. It doesn’t have the sort of executional finish of say, a Europe. You know, it’s really rough. And yet, it’s lovely, and the people are magical. I mean, it’s just a magical place. So right now, just where I am is great.

If you were starting a small mom and pop shop, what would you sell?

Light bulbs popped into my head, not because it’s a metaphor for innovation or something. But I had an experience when I was in in the Cub Scouts selling light bulbs, because you had to sell things in those days, you had to go door to door and sell things to make money for the scout troop. And mostly I hated that because it was so hard to sell anything, and people were just being nice to you. You had to work on them, to bring out that pity to sell something to them, I hated it. But one time we were given light bulbs to sell, just ordinary household light bulbs in a box, and they were really lightweight. And you had a box and the strap around your neck, and every door I went to people bought light bulbs, it was the easiest thing to sell ever. So I would have a shop with all the kind of light bulbs. Marty’s Bulbs.

Pantone color of the year, ever used one?

I never have. It just seems silly to me, trying to turn color into fashion. Every color has a reason, has a purpose for something, but there are some colors that are just more useful day to day for designers and I definitely have my favorites.

How do you celebrate when you finish a book?

Definitely a bottle of champagne.

Scorsese. Tarantino’s what I would call a stylist. There’s two kinds of creative people, one’s the stylist and one is a kind of a generalist. Scorcese is more of a generalist, he has a style, but he could do any kind of movie, and probably make something pretty good out of it. I think when Tarantino does a movie, it’s just an expression of him. I don’t think he could explain it or teach it.

What would you rather NOT live without, Brittany Spears or pickle spears?

I know nothing about Britney Spears. In fact, I’m learning, I know less and less about popular culture all the time. It’s like, who are these people? I could barely keep up with it. So I’m sure she’s a wonderful, interesting person to some people, but I choose pickles.

What’s a brand that scares you?

Any business that Elon musk is in.

What is an expression you use but have no idea where it comes from?

Almost all of them. I really don’t know where anything comes from and I’m always surprised we just use things because other people use them and they seem to mean something. But I’m not an etymologist.

One piece of housekeeping you enjoy most?

For the last 10 years, I have been the person that does the dishes. I like the warm water. It gives me time to think. I feel like I’ve accomplished something in 15 minutes.

Last show you couldn’t get enough of?

Mmm, maybe some good French beignets. You know, there’s so many good ones, and at the same time they’re meaningless. So, I don’t I don’t think about them. I’m always just like delightfully surprised when I get a good one.

You have 60 seconds with your 20 year old self, how do you start?

Don’t jump. You’ve got your whole life ahead of you. I was the kind of person I decided I wanted to be a graphic designer. I didn’t know what it was. I decided I wanted to be a commercial artist when I was seven years old and never let go that idea because it was my identity. Going through school I was the kid in the school that could draw anything; I could draw cartoons, I could I could make something look like it was real. And so I just knew that that was what I wanted to do and I felt like I had social points from that, which is dumb.

So I was biding my time at Catholic school to go the Art Center which I finally did. And I was really in a hurry. I really wanted to be Paul Rand who was my model for success, because by the time he was 30, he had written a famous book about design and was already working with the best clients. But, it was kind of a dumb model because those days were over. That was a moment in time.

But I was really in a hurry to like get out there and do as much as possible.  I didn’t finish school. I quit halfway through so I could get out there in the field and start working, and looking back, I was like, what was the hurry? There’s so many things you need to learn, so many things that are useful to you to get involved in, including doing the dishes. 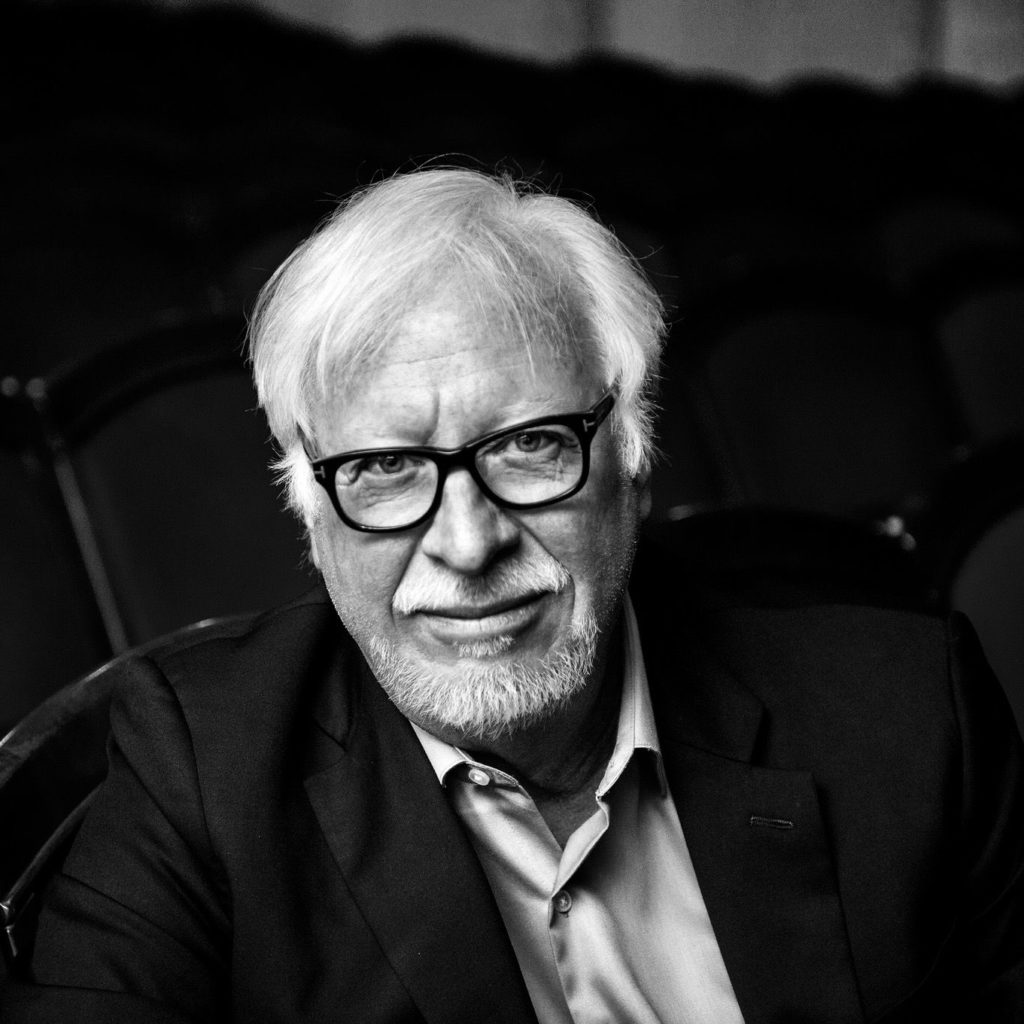