Say Howdy to Mr. Jeff Rogers, a master multidisciplinary designer and illustrator specializing in custom lettering of all shapes and sizes.

He keeps his Brooklyn studio stocked to the brim with paint brushes, pens, markers, and a couple of humongous computers. He creates unique and joyful work for a wide range of smart clients, including Nike, Google, McDonald’s, Conde Nast, Wells Fargo, and Diet Coke, just to name a solid, select few.

Jeff hales from Texas, but lives in Queens, New York with his wife and daughter, and a baby boy on the way. With very busy work and life schedules, we appreciate the time Jeff took to answer our Dumb Questions.

I think it would have to be the letter S, as in Snake. It’s not like any other letters, it’s just a really awkward compound curve, so it’s hard. The funny thing about that is I went and heard a well-known sign painter named John Downer talk, and somebody asked him his favorite letter and he said the letter S, because it was the most difficult letter to draw. Great, I guess that makes me lazy. He definitely likes the challenge of something really difficult and perfecting it, where I’m just like oh, it looks bad, I don’t like it.

Q. Tell us a personal story about glow sticks or hot sauce.

That’s a zany question. I guess being from Texas I don’t have many glow sticks stories, though I did attend several Phish shows back in the day. Hot sauce is not done very well here in New York. You go to pretty much any restaurant in Texas, and they’ll just throw some hot sauce on the table and it’s always delicious. And here it’s funny. Just a couple weeks ago we went to this Mexican place, next to our apartment. I think there were 8 or 9 of us, and they put down one little dish of hot sauce and one thing of chips. We’re all from Texas and we’re just like that’s cute.

Another time, we had some other friends visiting and we went to breakfast, and we got some eggs and stuff. My friends asked for some hot sauce and I’m like, “They’re going to bring you Tabasco sauce, FYI.” Nobody has salsa or good hot sauce just kind of readily available in New York.

Q. Do they eat Texas Toast in Texas?

Yes, yes they do. Pretty much the only time I see it is at barbecue places, it’s just bread but it’s super thick bread. They’ll just like throw a couple of humongous pieces of white bread on your tray, and say have a good day.

Q. What is your favorite thing to do on daddy-daughter days?

Well I’m about to have a ton more of those. I’m working on pretty much my last big project right now, and then planning on just kind of taking off the next few months just to help out. So we’ve been kind of practicing the whole daddy-daughter thing.

We live in Astoria in Queens and there’s an amazing museum, the Museum of the Moving Image, like three blocks away and she totally loves it and I love it. So right now that’s probably the number one favorite, she gets to kind of run around and look at everything. It’s great to be with someone and experience their cuteness or whatever, on the playground, but it’s cool to get to do something that you both really enjoy, and kind of take it on different levels. But I really like that and then the zoo is also great. There’s the Queen’s Zoo, I didn’t even realize there was a Queens Zoo until 6 months ago, but it’s so awesome.

Q. When was the last time you played drums? A couple of days ago, and actually I have rehearsal tonight for this show. I’m playing on Wednesday with a friend named Dylan Sneed who is a great musician and songwriter who I’ve been playing with ever since college. I still play a lot, but not as much as I’d like.

Q. What’s the most unexpected benefit of having a twin?

The list is quite long. The part about this question that I think is funny is the unexpected thing, because I mean growing up with a twin, I really don’t know what it would be like without him. So it’s like just having like a built-in buddy your whole life. He’s still in Texas and we’re pretty different actually, as far as what we do and everything.

So I moved into the studio with a bunch of my buds a few months ago. I talk about my brothers, I have a younger brother who is like 3 years younger than me, and I probably talk about them pretty much every single day for some reason. But I was talking about my twin brother because they sent me some picture, and he works out a lot; he’s like super buff, he kind of looks like Thor. He’s got like long hair and he’s super ripped, where I’m the scrawny artist of the family. I share studio with Dan Cassaro. He said something really funny when I was talking about my buff twin brother. He was like that’s funny because you get the benefit that no one else really gets, and it’s knowing what you would look like if you were buff. So I thought that was pretty hilarious and insightful.

Q. Who is your current cellphone carrier?

Still AT&T and the reason is, when I worked there you get like an employee discount. It’s not much, twenty percent or something, but I still have it 10 years later. So I’m not changing my carrier again, it’s a sweet discount that’s stuck to my bill forever. 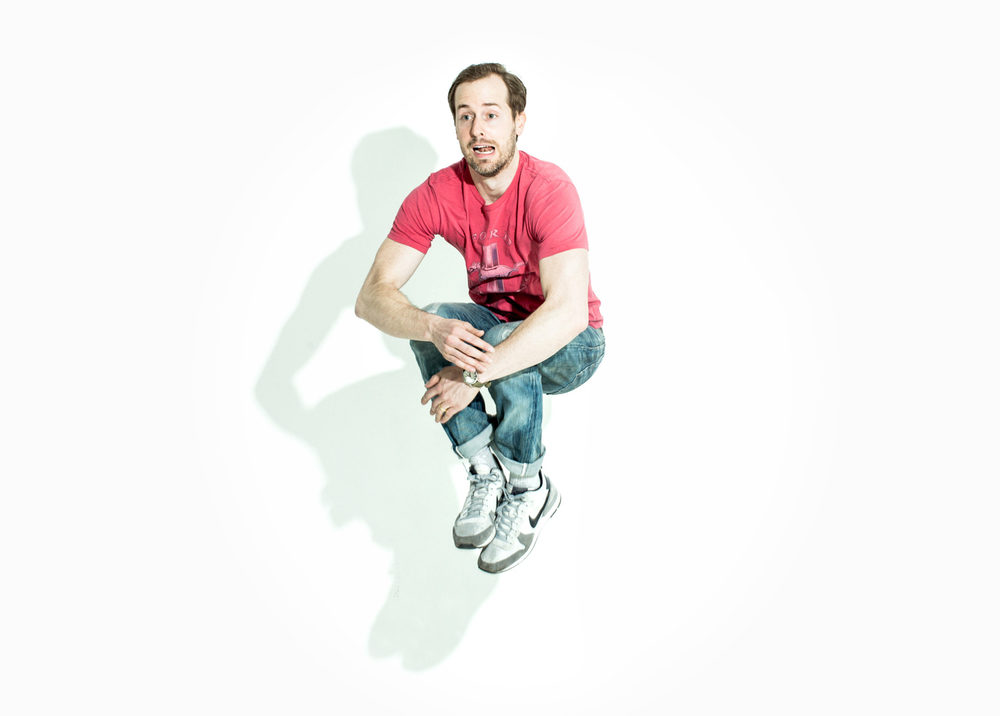