As an art director, Robert Fisher has created some of the most iconic album covers in music history, including the seminal and iconic “Nevermind” by Nirvana. While that may be what he is most known for, he has a long career of design work, including campaigns for Narcos on Netflix, the 50th Anniversary of Night of the Living Dead, Disney, and Playstation.

After graduating from Parsons, Robert began his career at his dream job Geffen Records. As an art director at Geffen, he created many iconic and award-winning album campaigns. In 2002, he joined forces with Diana, who had worked many years in advertising, and together they spawned Flying Fish Studio, a creative design agency based in Los Angeles that specializes in visual identities and thought-provoking design.

It was a selfish pleasure to ask Robert some seriously dumb questions and get to know the man behind the design of an album that shaped the soundtrack of our lives. Aside from that, he is extremely humble and affecting. A true artist, no matter how silly these questions may be you get a sense of the human behind the design and the day-to-day hard work.

Because who the hell cares?!? If I was a band promoting a show, it’d be one thing. But there is so much nonsense and pollution out there on the internet so again who cares. Umm, their first one and I am not a diehard fan. I was not a big fan of Vedder’s voice. I was more of a fan of Mudhoney and Cat Butt, those early grunge bands.

Q. When’s the last time you lit a cigarette with a flaming dollar bill?

That would be in junior high, 7th grade, now I can afford $5 bills. I take it you did research and saw my Instagram. But I don’t really smoke.

Q. Have you ever gone fly fishing? I did once when I was a little kid. I put weights on it and hit myself in the head. I didn’t understand that you weren’t supposed to put weights on a fly fishing line.

Q. What can you see from your window right now?

A forest of bamboo.

Q. Ever been naked in public?

Uhhh, yes. When surfing you may have to change in public and the towel may fall off. Maybe some latenight swimming with friends and drinks.

Q. Ketchup on chicken, yes or no?

If I could add sriracha to the ketchup then yes, and if it is a chicken nugget then for sure.

Q. How often do you go to the Sunset Strip?

Not very often. If there is a good band playing, I’ll go down there.

Q. Do you know if rabbits can swim? I don’t know for sure, but I am guessing they can. Any creature, if you throw them in water, they will try to survive. Maybe that’s why their ears are so tall.

Q. If you had to design a coupon, what would it be for?

Do I get to use the coupon? It would be Adobe Suite for free for life!

Q. Where is the litter box?

I have two cats at the moment. The litter box is in a closet in another room. They are pretty tidy cats. Their names are Kaya and Luna.

Q. How are your archery skills?

They are okay for not doing it. I’ve done it a few times and I have been able to hit the hay bail. Any website that doesn’t have ads or pop-up windows.

I would lose a damn sandal because I like being barefoot.

Q. How many ways are there to skin a cat? 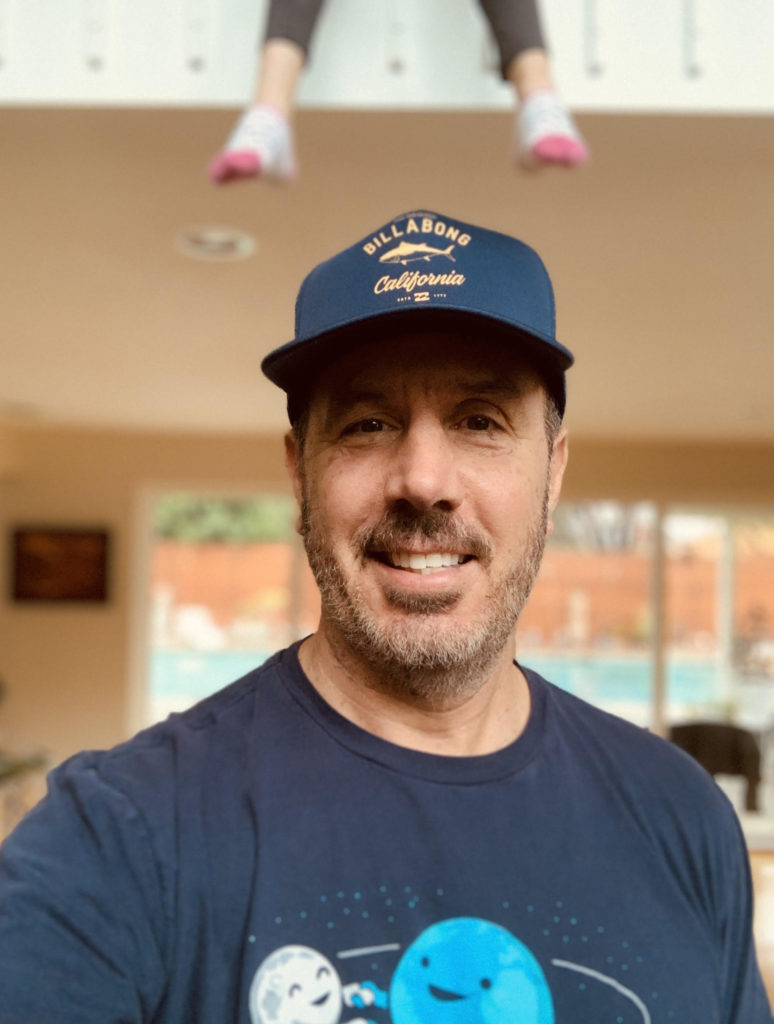