Zachary Petit (known as Zac) wears a lot of hats. He is a freelance journalist, magazine editor, photo dabbler, and lover of all things writerly, design-ish and nerd-like. He is the content director of HOW magazine, and editor-in-chief of the award–winning publication PRINT, but he is also the self-made force behind a ton of his own professional and truly artistic devices.

Zac has published numerous photos and thousands of articles, covering everything from the secret lives of mall Santas to creative legends. His words regularly appear in National Geographic, Mental_Floss, McSweeney’s Internet Tendency and many other outlets. He is the author of several books, including his most recent, Treat Ideas Like Cats, which came out in the Fall of 2016.

Zachary Petit is many things, and we are thankful that he took time out of his being-many-things schedule to answer our dumb questions.

Q. You’ve been randomly selected to win a prize to have one of your animals taxidermied for free when they pass, which one do you choose? I would actually be super stoked if I got that offer. We have this giant greyhound who is incredibly bizarre and weird-looking. Even more bizarre, his name is Turtleman. That was his race name. When he was in the adoption program they renamed him Leo, but when we found out his actual name was Turtleman, we promptly changed it back. Greyhounds have tattoos on their ears, and you can look up their race results. We looked up his and they are hilarious, like ‘dull effort’, ‘always finishes last’, ‘no threat’.

Q. How would you react if someone you’re dating constantly messed up using the correct Your, You’re or Their, There, They’re?

I guess I’d feel the same way when Jar Jar Binks walked onto the screen in The Phantom Menace. Something that could’ve been so awesome suddenly goes terribly awry.

Q. The Notebook or 50 Shades of Grey?

I proudly admit that I have never read The Notebook, but I have read 50 Shades of Grey. I used to work for Writer’s Digest, and I developed this fixation of looking at these books that are huge and try to debunk why or figure out the formula. I read it while honeymooning with my wife, and we were on a cruise. So, I’d be sitting there with my Kindle and when anyone asked me what I was reading, I muttered the title which I think creeped the shit out of everyone.

Q. Why did it take you two years to mail Jess Boonstra that package? And what was it? She designed my website for me, and to thank her I bought her one of Jessica Hische’s Certificate of Awesomeness. I had this post-it notes idea and she did a great job, but I don’t know what my deal is, because I would come downstairs to my office and stare at this thing that I was supposed to send her, and then just feel bad about myself for two years until I finally sent it.

Q. Do you feel awkward being naked in front of your animals?

I do, actually. I feel like nobody should have to see that, not even my pets.

I worked as a person who cleans up movie theaters after the show. The good thing was we just mostly sat there secretly and watched movies, but the downside was the cleaning. I can tell you that nobody who cleans movie theaters does a good job at all. By desire nobody wants to, therefore you will find all sorts of delightful things in movie theaters that build up into this cumulative smell of terribleness. I worked at a newspaper in a tiny town that had its own printer. It was this huge printer in the building. It always smelled heavily of ink and so now that has a nice nostalgia, especially when I go do letterpress stuff and things like that.

I don’t, because I am terrible at drawing. But I’d say, those who can’t do, edit. Q. At what age did you get to second base? And where did it occur?

If I am correct, it was when I was 16, at the top of an old Civil War wall in Kentucky that overlooks a cemetery. So, as you can imagine, it was quite the romantic evening.

Q. What one book would you want to be buried with?

Well, since I’m a huge nerd, and when I was a kid, my dad would always take us around to National Parks for vacations. I got this National Park passport book, where you get it stamped at various parks, so I’d probably want to be buried with that. Or, hell, maybe let’s say 50 Shades of Grey just to keep the afterlife spicy, and to confuse and creep out everyone at my funeral in the process.

Q. What is your favorite and least favorite word?

My staff and I were just talking about this. I’m not sure I have a least favorite word, but Flem comes to mind as an awful word. I can’t put my finger on my favorite word, but I am prone to cussing a lot so I will just leave it at that.

Q. How often do you update your LinkedIn profile?

To me, LinkedIn is the best form of social media because it requires no upkeep.

Q. What kind of shoes are you wearing right now?

The Converse Chuck Taylor All-Stars 2s, which are great, because they are like Chuck Taylors for old people and they have support inserts inside.

Q. Tell me about your literary tattoos. I have the subtitle to Kurt Vonnegut’s Breakfast of Champions, and some typewriter keys, a raven just because I like the animal, not because I am a creep or obsessed with goth things. I have the May-June 1960 cover of Print tattooed on my arm; it is a brayer for letterpress.

Q. Also, just curious, what is the past tense for Taxidermy? 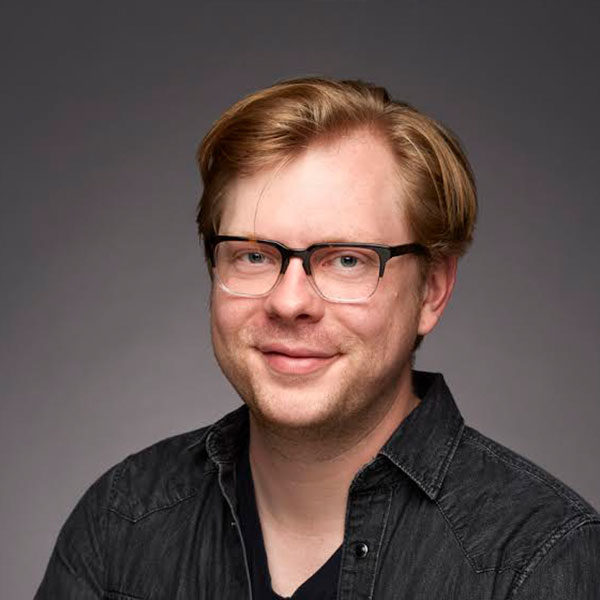