Man, you didn’t know how seriously I was going to take this question. I have to say Papa John’s. I can put away some Papa John’s. I like the pepperoncini and the garlic sauce. Now, if we were in the UK, not only is the Papa John’s better but the Pizza Huts in the UK are infinitely better there. It’s like a sit-down restaurant there, a little fancier, and you can get like goat cheese on your pizza. So, if we are in the UK, I have to go with Pizza Hut.

Q. Would you rather work on a Windows PC from 2011 or work at a kiosk in the mall selling emoji pillows?

Even though I can imagine it getting tedious and terrible so fast, I would definitely choose selling emoji pillows. I am not a snob about much, and I am going to ruin my chance of ever working with Windows right now, but I hate Windows. Every time I work with Windows I feel like I am back in 1995.

Q. What was your favorite Nickelodeon show from when you were a kid?

I thought a lot about this question, because it is really serious to me. I think I have to say Spongebob, even though it came about when I was like 13, so I wasn’t that young. The first two seasons were formative to who I became as a person. The first season was brilliant and weird. Or maybe All That. That was the other option.

Q. If you could be invisible for a day, what’s the first thing you would do?

I am uncomfortable with how seriously I want to answer this question. I could think of a bunch of weird things to do, but what I’d really want to do is go watch my 8-year-old daughter at school. I just want to know what is she like. When you are 8 years old, in 2nd grade, around your friends, that is who you really are. I just want to know what she is like in that arena, because as a parent you don’t get to fully see that. It’s not being a weird, helicopter dad, I just want to see who she is as she really is.

I thought hard about this one, too. And I have to go Broken Social Scene.

Q. If you got to illustrate a Garbage Pail Kid, what would be the name of the character? This is a curveball, because even when I was a kid I didn’t like gross things. You know the kids that were gross and played too hard? I was always like “No thank you, I’ll stay over here.” If I made a character it would have to be the anti-hero in that world with rainbows and happy faces and nice, clean things.

Q. In your professional opinion, what’s the worst name for a color?

Oh, man, that is a stumper. The one that came to mind is Chartreuse because it doesn’t seem like a word. Fuscia! I don’t like Turquoise because nobody can seem to agree what that means. If I have an idea of Turquoise and then someone else is like that’s not Turquoise! What is Turquoise? What level of blue and green is Turquoise? I don’t like Beige either, it sounds gross. The color fits the word, like an onomatopoeia.

Sharp pencil. I don’t drink as much as I should. I am never properly hydrated. I am usually drinking coffee, even hot coffee on hot days. I like a cold beer. But a cold drink is like, I better drink before I go to the hospital.

Q. Do you try on clothes in dressing rooms?

Most of the time, if I can get away with throwing the shirt over my other shirt, I am gonna do that. I don’t like messing around, and I hate the interaction with the guy who guards the dressing room and counts the things you bring in. That whole thing is awkward.

Q. When was the last time you kissed someone on the hand?

Probably today. My two-year-old, I kiss her like a thousand times a day. She is a very kissable, extremely cute. I’ve probably had to apologize to my wife at some point in the past two weeks and would have kissed her on the hand like please forgive me! 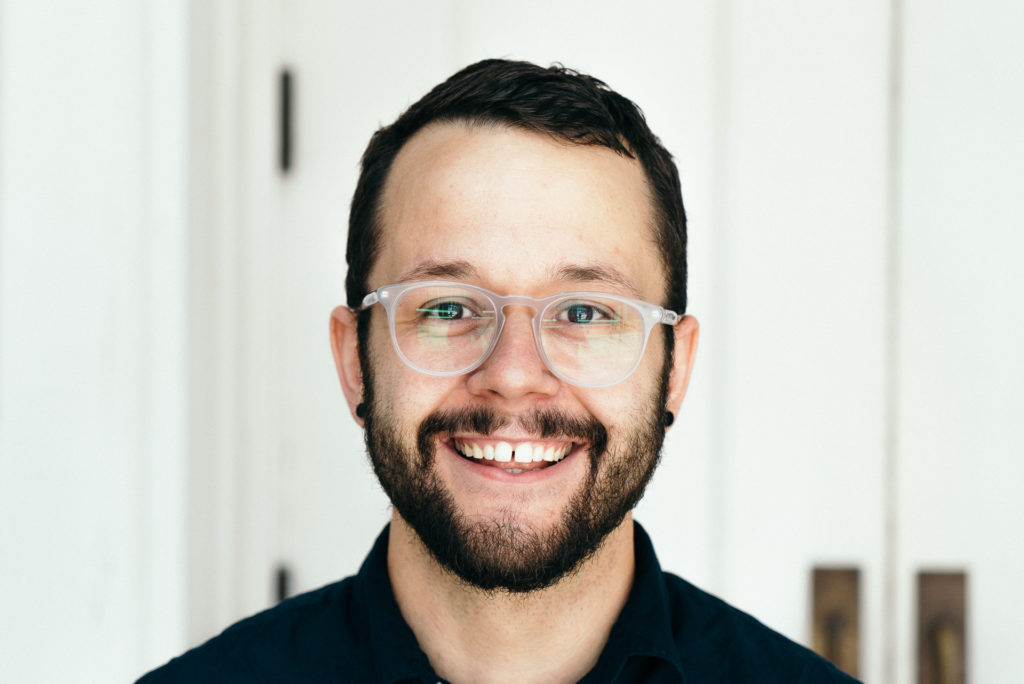