Danielle Evans is one of a kind. She literally invented a new type of design. Food Typography, as she calls it, is the art of turning food and food products into intricately elaborate messaging, dimensional design, stop-motion film, installation and social campaigns, but she is more than just the crumbs on the counter.

She is a crafter and maker of calculated messes, constantly striving to elevate commonplace items to elegant forms of art, typography and communication. She has done extraordinary work for clients such as Conde Nast, Cadillac, The Washington Post, The Guardian, and Target, just to name a delicious few.

Danielle has successfully combined her love of lettering, design, photography, and snacking to create cheesy yet clever work that is internationally regarded as both mouth-watering and ground-breaking. She has inspired new trends in design and advertising, and we were excited to ask her some dumb, yet not-so-obvious questions.

Q. If you had to make a slogan with raw oysters, what would it say?

It’s not the mind, it’s the muscle.

Q. Which letter are you most picky with? Probably any letter that I have to capitalize on a regular basis, like V or M or B. The last two are unfortunate because I chose those myself. I hate the proportions on these straight letters with heavy curves. It’s really hard to make them interesting over time, and they all kind of look the same, so not my favorite. And D. Yes, D as in Danielle.

Q. You feel a cold coming on, what’s your plan of attack?

I’m trying to figure out if I want to give you like a smart ass answer or if I want to give you a real answer. Because the real thing I do when I get a cold is ignore it and drink more coffee, and stay up late watching movies. I end up doing all the things that I shouldn’t be doing. It’s like I’ve given in before it’s even taken me over.

Q. After working with food all day, do you go home and cook, or just microwave something? For a long time, I was going home to cook and I decided that was not working any longer, because I was caring too much about how I plated things. So, I embraced that third option which is eating out. Columbus is a food city so there’s a lot of really interesting stuff going on here. Lots of great restaurant concepts so you can just throw a rock and hit a decent spot.

Q. If you were riding in a car with famous folks born in Columbus, Ohio – Guy Fieri, R.L. Stine, Beverly D’Angelo – who sits up front, who sits in the backseat and who rides in the trunk?

This is like F, Marry, Kill basically! Beverly D’Angelo made a career out of sitting in the front seat during long trips, so she gets to hang out with me up front. She’s kind of like Amy Poehler of the 80’s, which I’m into, so we’re going to be best buddies. R.L. Stine is going to peek up from the backseat and try to scare the shit out of us while we’re driving which I won’t appreciate until hindsight. No one wants to hear Guy Fieri. I don’t want him anywhere near the windows because people will try to pull us over thinking the car is on fire.

Q. What’s cuter, a manatee or a beaver?

I’m going to go with a beaver. I feel like I looked like a manatee from like 3rd grade to maybe 9th grade. I also looked like a beaver, but I got braces when I was in high school, so I feel I must have been behind.

I’m going to go with blue cheese. It goes on everything. It’s like yogurt had a baby with a salt shaker.

Q. What was your first computer?

My first computer was my TI-32 calculator. My second computer was a word processor which is a typewriter disguised as a computer. My third computer I got when I was 17, so I was so transcribing papers on a typewriter even in high school. It was one of those Apples where the tower was the base of the computer, and my mom thought it looked like a flower which is why she bought it. The weird thing is that we didn’t have internet for like 2 years. My mom was using this again for word processing; the saddest of sad computers.

Q. How much do you hate the term ‘Food for Thought’ by now?

Oh God! It is my least favorite phrase right up there with ‘playing with your food’ and ‘don’t sneeze’. All of which are uttered at least 2 or 3 times a day to me. You want to be grateful over time, say ‘Yes, of course, no one has ever thought of that, you are so clever’, but after a million times it gets difficult. This might be too much. I realized I was putting my underwear on backwards the other day, so that was a big deal. There have been a couple times in the last few months where that’s been a consistent problem. I wish I were lying, it’s true, it’s been a rough summer.

The last time I struggled with solving this problem, I’m not very proud of it, because I was in Denver and I was stressed out, having a bad day. I get on a bicycle and I ride down to this restaurant to get this cool Creole style breakfast. I get all the way there wearing this romper, and when I sit down I realized that something feel weird and feel my underwear is on backwards, which with most girls’ underwear you should know that instantly putting them on. I had to go into the restroom and take off my romper, basically strip down to like butt naked. The second that I do this, someone barges into the bathroom and tried to open my stall, and we locked eyes between the little crack in the door. Then she started apologizing to me, and I am like please, please do not talk to me in this moment. Don’t look at my shoes, just go.

Q. What are your three favorite sounds?

Crunching leaves underfoot barely edges out crunching snow underfoot, and the third is the sound of liquid being poured into a bottle, because you get that pitch that starts to rise. It is so satisfying because the pitch is what tells you when it’s full. You can easily not look at it. Just a magical sound. 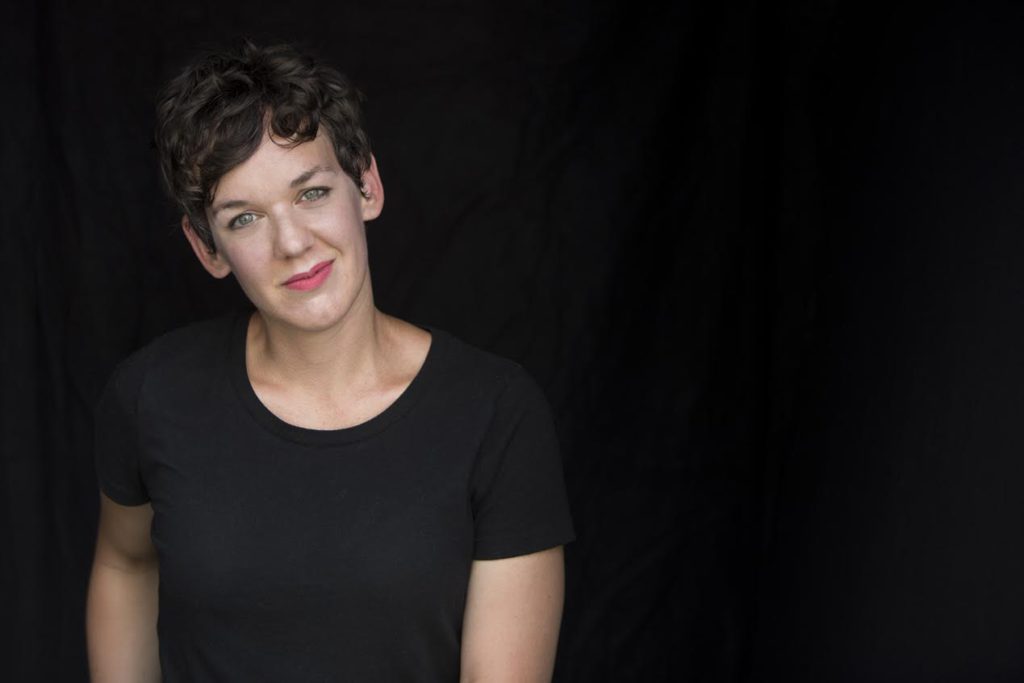