Amy Nicole Schwartz is a design troublemaker, specializing in branding, digital experiences, and games. She is currently the Design Director at Cards Against Humanity, the wildly successful and hilariously inappropriate party game, and its “boring business company” spinoff, Blackbox. Schwartz sets the creative vision for her companies’ games, projects and subversive PR campaigns.

But Amy is much more than a designer for a comedically dark card game; her resume reads like a design dream. She was the winner of Command X at the 2015 AIGA National Design Conference; other recognitions include the Emerging Designer Award by AIGA Chicago, Finalist for Young Designer of the Year by the Net Awards, and the recipient of the AIGA Chicago What’s Next Grant in 2014. She has been featured in numerous publications, including Frame Publisher’s Masterclass, Print Mag online, HOW Design and Brand New.

Blah, blah, blah. We get it, Schwartz, you’re super talented and creative. In addition to all that, Amy founded Liminal Space, a design initiative that promotes experimentation, community, and dialogue within Chicago’s thriving design, art, and technology scenes. Her past clients and collaborators include the Cranbrook Art Museum, Google, and Bright Bright Great.

Q. What are your thoughts about Uno?

My stepdad always cheats at it. He will always try to put down a card that is no way related, like a red 8 when he was supposed to put down a green 7, and we won’t notice until later. I must say that I love him but he is my stepdad so I don’t have those cheater genes in me.

Q. If you were two kids in a trenchcoat, would you want to be the head or the body?

I would rather be the head because that seems more comfortable, but I am actually very strong for my height, and love to give all the men in my office piggyback rides to prove my physical dominance and strength over them. So I think I would be a really great power bottom, but would prefer to be the top.

So our office is a coworking space, which our friends and other designers, developers and artists and tons of talented people visit and use. Someone had been using the bathroom, leaving the toilet seat up and not flushing. We dubbed this person the Piss Bandit. “Oh no, the Piss Bandit struck again!” We made a list of all the men, because the seat was up. We haven’t proven who we think it is, but we wanted to shame this person for being the Piss Bandit. They no longer come into our office because they moved and it has stopped. Q. How loud was it where you were when the Cubs won the world series?

Normal loud, surprisingly. I live in the Logan Square area which is a little far from Wrigley Field, and I live amongst the hipsters who don’t care about sports. But I love sports and I love the Cubs and I was sobbing.

The first thing to come to mind was NSYNC, because I was young in the 90s, and I am going to commit to NSYNC.

Q. In your professional opinion, who is the worst Disney princess? I don’t want any of them to be the worst. I don’t want to speak ill of other women. Can I think of the worst Disney prince or other characters? This is a hard one. John Smith comes to mind as sucking, and the other one that comes to mind is what’s his face from Hunchback of Notre Dame.

Q. What would the 16-year-old you say to the current you who drinks sparkling water?

I think the 16-year-old me would be more surprised that I drink Diet Coke now instead of regular Coke. She’d probably be like “Why are your taste buds broken?”

Q. What’s the best thing you have ever found on the ground?

I don’t pick up things from the ground. Gross. I don’t trust the ground.

Q. Should Jesus be an emoji? Sure. Why not? But if Jesus gets an Emoji then we also need some traditional Jewish things, like bagel and lox, an Academy Award, a stethoscope.

Q. What was the best design decision you made working on Cards Against Humanity?

That’s a hard one. I don’t know because we always make so many bad decisions. Not wrong ones, but every so often bad ones, because what’s funny is not always what’s beautiful. What I make is nothing like someone’s sexy Dribbble shot, and nothing we make looks super trendy or cool, because that is not funny or accessible. What we make is always stripped down and modern. One good example of a good design decision we made was for a Black Friday stunt. We did a Gift Cards Against Humanity $% sale and we sold nothing. We had all these concepts for the website with these tacky coupon-like designs, yellow sunburst with ‘Buy Now’ very tongue in cheek. And we decided that destroyed the joke, because the joke is playing it straight forward. We ended up undesigning it and putting a black and white form for people to fill out their credit card info, but had no place for you to put in your address. Which really showed the joke and ended up being funnier and more successful. What’s cool isn’t always the funniest.

Q. Finish this sentence: ‘Without pickles I would be’. Exactly the same. I’m not a big pickle fan. 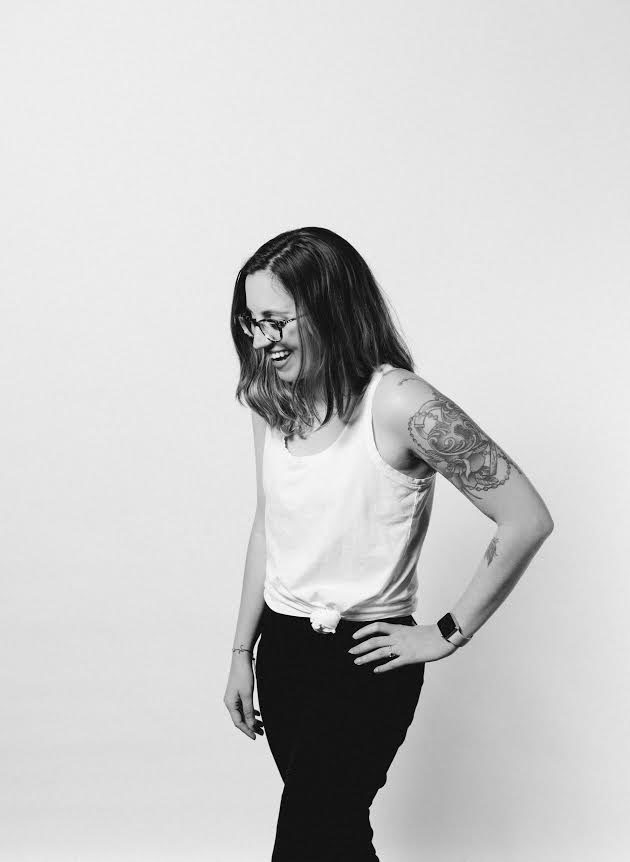