Like a sweet dream, Paul Woods came to us via a recommendation of the PR firm, Double E Communications. They were right and Paul was super fun to interview. As the CCO of Edenspiekermann, the European design company with a difficult-to-pronounce name, the sensibility is to lean toward a penchant for out-of-the-box design-thinking methodologies, which fits perfectly into the mold of Dumb Questions.

Paul, who is obsessed with user-centric design and an outspoken promoter of digital innovation, leads the firm’s Los Angeles team. In his spare time, Paul is the co-founder Adloids, a satirical publication he co-created, almost like ‘The Onion’ for design and advertising, and author of “How To Do Great Work Without Being An Asshole”.

At Edenspiekermann, he advocates for asshole-free agencies, working on a number of social-based/community design projects to tell stories to a wider audience. Paul’s playfulness was a perfect fit for our series, and we did not want to hang up the phone.

Q. In your opinion, who would win in a fight, a swan or a flamingo? Good question. It’d have to be a swan, of course. I have a lot of history with swans. In Ireland, we have a lot of swans, and I had a dog that was once attacked by a swan. The dog was 100lbs, it was a labrador. There was a little river by my house and I used to walk my dog there, so I have seen firsthand the damage a swan can do.

Q. What was the one thing you always liked drawing as a kid?

That’s the one question I was thinking about. I was a super nerdy kid, like we all were, and I was always obsessed with drawing trains. I used to draw the tracks and the train. I used to draw trains on the inside of wallpaper, because I didn’t have any paper.

Q. Paul Rubens, Pauly Shore, Paul McCartney, Paul Rudd or Paul Giamatti? You can only pick one Paul to rule them all.

There is only one answer to that, and it’s Paul Giamatti, because he is hardcore. If there is only one Paul to rule them all, it has to be him. It’s obviously not Paul McCartney. It’s Giamatti. That is the correct answer.

Q. Have you ever taken the subway in LA? I have and it is terrifying. I’ve taken it a few times and it is not the same as the subway in New York. There is a different character of people on the train and I don’t know, but it is definitely a terrifying experience. If you ever want to do something risky, I would recommend taking the Blue Line in Los Angeles.

Everything. This is a tough one. Singing out loud, for sure. I have these noise-canceling headphones, which may be weird for other people. Right now, I am singing out loud the new Alkaline Trio record. I just moved my office to the floor with the rest of the creative team, so now they have to just put up with that.

Q. What’s one punk album you would automatically put on everyone’s iPhone?

There is no question about it. It has to be The Dwarves. If I had to put an album on that would shock someone, I couldn’t even pick a specific album. Pure shock value. No one really wants to open their iPhone and have The Dwarves come on.

Q. Are you allergic to anything? I’m terribly allergic to pistachio nuts. No other nuts, but if I eat pistachio nuts, it’s curtains. I had this incident in Spain as a kid, I found out I was allergic to them. I was just away on holiday with my wife’s family, and it was a small little town in Mexico. Everyone knows everyone. We went to the same restaurant like four times in two weeks. By the end of it, we were called The Pistachio Family, because literally every place we’d go in, people would be like “Oh, you’re the Pistachio Family!”

Q. How high can you kick?

(Laughs) Not high at all. I have short legs, it’s comical. I sit in a chair for 11 hours a day. I’ll try it now. Less than 90 degrees is the right answer.

Q. What is the best board game to flip over in anger?

This is another one where I am totally certain this is the right answer. It has to be Scrabble. People that play Scrabble take it tremendously serious. People are very intellectual when they play Scrabble. It’s not like Monopoly where it’s fun for all the family and you could be a bit of a dick and kick it over and be like “That was a bit of fun.” If you flipped over Monopoly it would be a clusterfuck, but the caliber of people that play Monopoly, myself included, is very different than the people who play Scrabble, who just wouldn’t find it funny at all. This was my favorite question.

I gotta say hot. I am from Ireland and it rains there like 300 days a year and it is always cold. I’ve lived in New York and Berlin, now LA, and there is one reason people move to LA. So, hot. Q. Do you recycle your hangers?

Really good question. So, I used to recycle everything. Now I am kinda like everything’s fucked. Donald Trump is president and we are all fucked anyway. I had this conversation with one of our project managers last week. We’d just moved offices, and she was asking about the recycling bins. I was like they are coming next week and she was like “We need to recycle!” And I am like come on, one can isn’t going to save us now. I am more skeptical about it but maybe I should be more diligent about it.

Q. Have you ever gotten lost in the woods?

I did once and it was terrible. I used to be in the Boy Scouts, yes Ireland has the Boy Scouts, and I must’ve been 7 or something and I got lost around a mountain. I nearly shat myself, because we’ve all seen those movies about a kid getting lost. 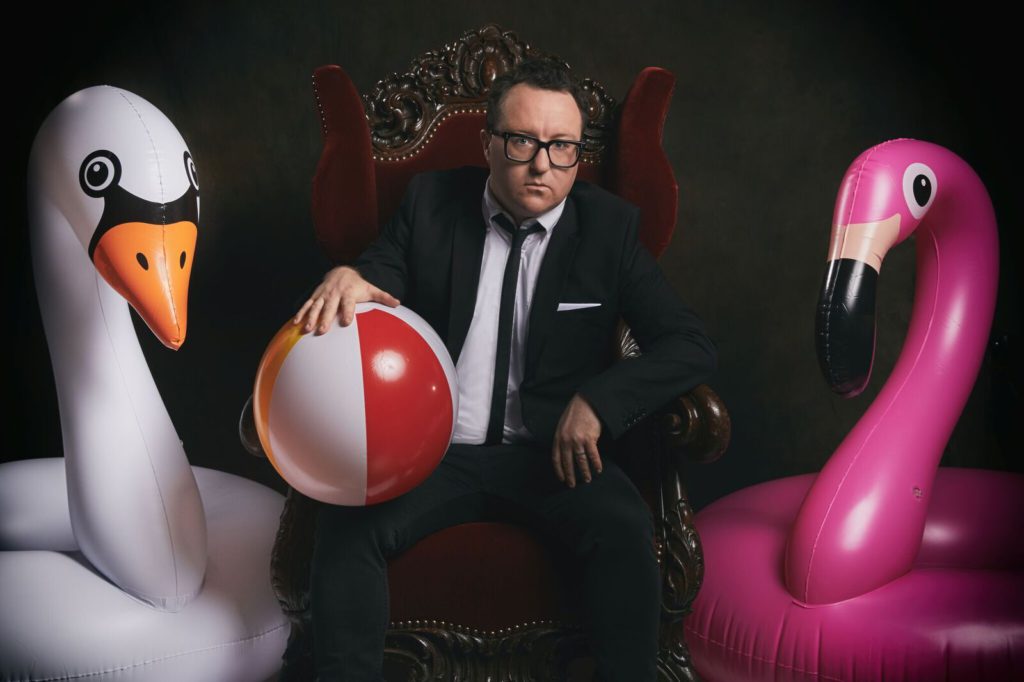