Josh Brewer is a busy man. He is a designer, an entrepreneur, a teacher, a mentor, a musician, a husband and a father.

Mr. Brewer was Principal Designer at Twitter, co-creator of 52 Weeks Of UX and Ffffallback, as well as the Director of User Experience for Socialcast, which was acquired by VMware in 2011.

If he isn’t consulting on new ideas and new businesses, he is shaping the future somehow. He was one of the first designers to agree to our dumb questions, and we were lucky enough to catch Josh on the hook, and get him to take part in our funny little game. We can’t thank him enough for his expertise and his patience.

Q. What was your last weird dream?

Tough one. I dream a lot, but rarely remember them these days. The last one that sticks out was something super weird set in a sci-fi backdrop and involving a bunch of people from my past. I blame reading The Martian + Facebook for that one 😉

Yes. Okay, that sounded funny in my head. Seriously though, designing Twitter wasn’t the hard part (and I sure didn’t do that alone)—the hard part was getting everyone to agree on what the heck we should be doing and actually doing it… so, I would say that the organizational dysfunction was akin to potty-training my kids 😉

Phil Collins (I mean, have you ever heard Mike Tyson singing Elton John? I think not).

Q. You were a teacher before you were a designer and you studied history in college…if you could design collateral for a historical event, what would it be, and why?

That is an awesome and very difficult question…my off-the-cuff answer would be the 10 Commandments. I definitely would have gone for some sweet flame transitions and probably a sans-serif typeface. Why? Because someone set the tone with flames and bushes.

Q. Being a father, husband and businessman, how often do you get to skateboard?

I sadly don’t skate very often anymore. I broke my finger last year, and seeing as my hands are my livelihood, I really can’t risk it 🙁 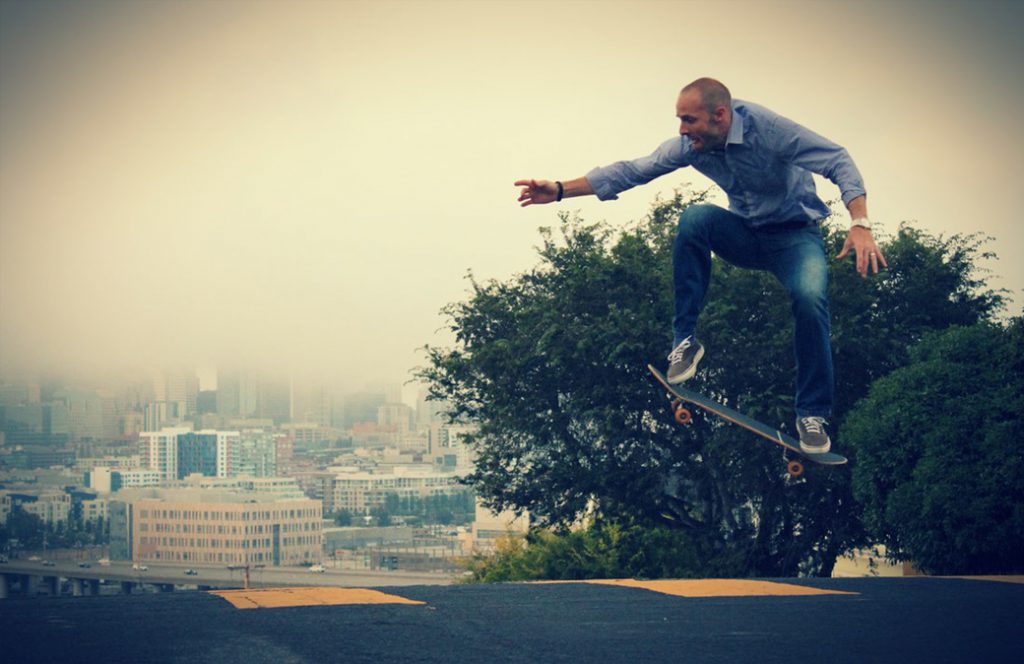