A graphic designer and illustrator based in Seattle, Victor Melendez is originally from Mexico City, but after studying electrical engineering for two years he realized it wasn’t his calling. Victor relocated to the beautiful Pacific Northwest and got a BFA in graphic design from Cornish College of the Arts.

With the spirit of an art director and the eye of a muralist, Victor focuses on work that draws you in and makes you think. He has produced work for SubPop, Starbucks, and more than we can name here.

Victor loves baseball, beer, and thai food. He also loves producing amazing work. We found Victor through our West Coast beer contacts and we couldn’t be more thrilled that he agreed to do our dumb interview.

Q. What was your last major victory?

That’s a good one. I would say going on my own. I’ve been wanting to start doing my own thing for a while. I’ve been getting my own freelance or side gigs for a while and I took the plunge. I’m scared but excited. 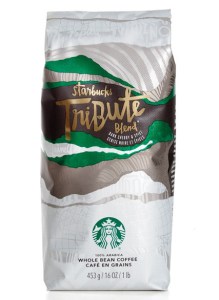 Hot. Hot, for sure. I didn’t start drinking iced coffee until later in life. It seems weird to me to wake up and drink cold coffee. It’s a personal thing. I love cold drinks, but coffee should always be hot.

Q. In your opinion what is the most mispronounced word in Espanol by white people?

There are a ton of them, but I would say Habanero.

Q. What’s your favorite season? (Do you call it Fall or Autumn?)

Fall. For the longest time, I called it Autumn because it’s similar to the word in Spanish.

Q. If you were president, what would be your first order of business?

Oh man. Stop building that stupid wall and health care. Me being an immigrant, that and DACA. 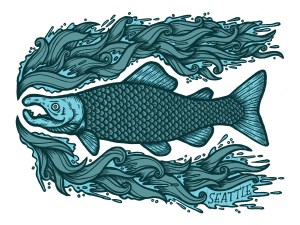 (Laughs) Maybe when camping, in a bottle of Gatorade. I wake up to pee tons of times. It was night and the whole camp was silent. The sound of the stream hitting the bottle was super awkward.

Q. How spicy do you like your thai food?

5! Crazy spicy. If I am not crying or sweating during my lunch I am not enjoying it. I love spicy food.

Q. When was the last time you were at a Wal-Mart and what did you buy?

There’s no Wal-Mart in Seattle. Maybe on the camping trip, same one when I peed in a bottle. I’ve never thought to myself “Man, I am gonna go to Wal-Mart” and so I probably got camping supplies.

Q. What’s the minimal square footage you would ever live in?

I’m really bad with square footage. I can’t tell how big apartments are. I would say, if I were by myself, I would say ten. I don’t mind living in small spaces. Then I realize I am a hoarder and that dream gets squished real quick.

Q. How do you feel about Bigfoot?

Q. Who was the last person you met? 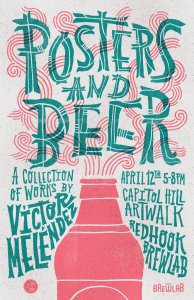 I met my neighbor. We just moved into a new neighborhood and I met the neighbor like two houses down. He is a huge Seattle Seahawks fan and his whole car is wrapped in Seahawks logo. People always hang in his garage and I just met him; he’s a cool guy.

Expensive. And when I say that, it’s like 50 max. You can tell the difference but I always scratch the lenses.

Q. Do you have any Draplin or Shogo Ota stories?

I’ve run into Draplin so many times. Once, I was doing a workshop in Texas and he was doing a talk. I ran into him when we were both eating hot dogs in a skating rink. It was an after party for this conference called Circle. I ran into him again in Minnesota and he treats you like you’re his best friend, no matter what.

I wanna be like Shogo. I love his work and his enthusiasm. He is super rad and I always try to grab a beer with him. I want these two to be my daddies. They are the two extremes. Draplin is like super vector and clean, and Shogo is super grungy.