Matt spent his undergrad years at Pratt Institute in Brooklyn and graduated in 2001. He worked doing a variety of different jobs while starting his illustration career, including making commissioned portraits and even painting storefront mannequins. His first big illustration job came a couple of years later when he was hired as the staff illustrator for a now-defunct monthly humor magazine, Jest.

Matt has been working full time as an illustrator for about fifteen years, and approaches illustration in the digital age with tenacity and polish. He lives upstate with his family, stacks of drawing notebooks, piles of brushes, and his two dogs Harry and Marsha. Thank you for humoring us, Matt.

Q. If you were in a heist movie, who would be your assembled team? 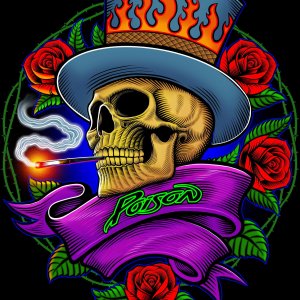 I don’t even know what it would take to pull off a heist. I would just go with a bunch of comedians – make it funny. Some of my favorite comedians right now are Bill Burr, Theo Von Hannibal Burris, Joey Diaz – a bunch of those guys. Just those guys alone in a room together could write the script and I could stay completely out of it. 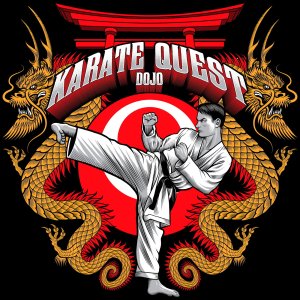 Karate Kid…not because I’ve seen it since then, and I’m sure if I did, it wouldn’t have the same impact. I saw it in the theater when it came out with my cousins, and it was pretty inspiring. By the time the movie ended, we were karate kicking our way across the parking lot.

My son and I were talking about a squirrel with a scorpion tail, as a silly little joke animal that we came up with. If I could clone a bunch of those, that would be the ultimate birthday present for him.

Q. Would you rather have a sleepover with President Trump or just give him a 15 minute back massage? 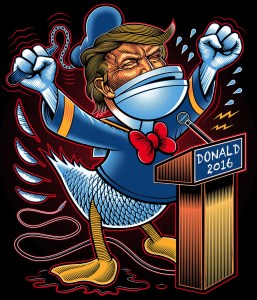 That’s a tricky one. I’d say a sleepover ‘cause it would be fun to turn on Fox & Friends to see his reaction to everything. I assume that we would be able to pig out on some junk food too. I don’t think I could do the back massage with any politician, actually.

What event do you wish you were less drunk at? 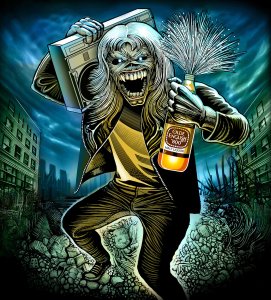 Maybe the night before my wedding. We were at a bar in Manhattan and I ended up shirtless and went around the bar being the life of the party. I don’t remember much of it, and my wife was pretty pissed when I got home at 6 in the morning.

What’s your favorite tradition with your son? 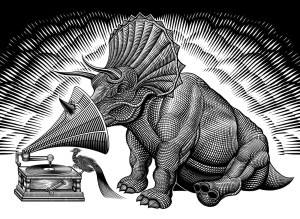 This is something that we actually discovered years ago back when we lived in Brooklyn. We’d go out to the playground every day after school – rain, sleet or shine. Oftentimes, it was just us and of course the old Russian guys in our neighborhood playing chess. One day, my son was running up and down the slide looking over at them thinking, “What are they doing that’s so fun that they’re ignoring this slide?” I went out and got a chess board for him that day. I was shocked at how quickly he picked up all the rules. We’ve been playing on and off for maybe 6 years. He’s now good enough that if I’m not really paying attention, he’ll beat me. He definitely beat me a couple times. He just totally surprised me. 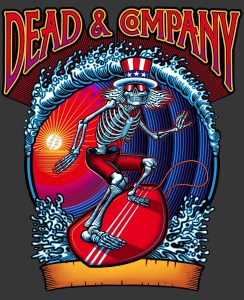 I actually have a couple of voices for my dogs, Harry and Marsha. I know they sound like an elderly couple. Harry’s a really passive spaniel mutt, so he’s the meek, submissive one. Marsha, she’s an American Eskimo, and she’s gruff and dominant so she’s got the voice of an 80-year-old smoker. Between the two of them, they’ve got nice little dialogs that I come up with.

What’s the best age to die?

I haven’t hit it yet, so I couldn’t tell you. I’m just gonna stick with that.