Kevin Cantrell creates work that forges a human connection, curiosity, and understanding, paying the utmost attention to each sway of line, curve, and dot. Kevin’s work is exceptional and his client list is bragworthy – he has been recognized by Graphis, Type Directors Club, and Print Magazine’s as one of their 20 under 30 New Visual Artists 2014, and his distinguished style has been hired by Nike, Putnam, Wired, Harvard and Princeton, just to name a few.

Between running his own design studio, raising 4 children (with one on the way), and schooling us on the Star Wars universe, Kevin’s a busy guy. We’re lucky he indulged us and answered a few seriously dumb questions. His tenacious character was contagious and inspiring. Thanks, Kevin!

Q. Mandalorian or a Dolorean?

I’ll go with Dolorean. As a kid, I was obsessed with that car. The Back to the Future movies are just rad. 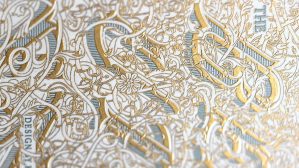 Alex Trochut – basically anything he does I’m just like, “What?!” He did a collaboration piece where he directed a lot of other artists called the Truth Campaign, and there are all these visual metaphors expressed in typography to convey the idea of truth, and it was really amazing. These days, it’s pretty rare my mouth drops. I think that’s part of the good and bad of Instagram because you’re so inundated all the time by stuff, it almost makes even really, really excellent work become just mundane. 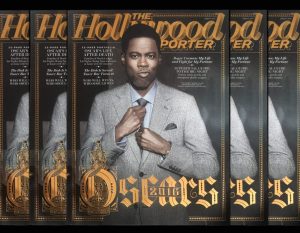 Which 80’s movie best represents a day in your studio?

Q. Boomerang: The app or the tool?

You know I’ve actually never used either…probably the app. I don’t know why I’ve never thrown one actually – I’ve only thrown one virtually in Zelda. 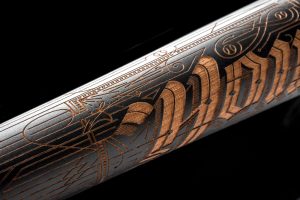 I don’t grunt, I’m an anti-grunter. I go to the gym, and there’s this one girl – it was like an anime cartoon – literally she was like, “MaaAAAHH??!” Every time she squatted she made that sound! I mean, I’ve heard the alligator roar, but..

We actually have 72-hour hiking bags, where we’ve got a little bit of food, we have comfort things like candy and hot chocolate…I’ve got this really cool Navy Seal knife – It would be intimidating for a zombie! But this is pure survival. If I’m designing, all I need is my laptop, a mouse, and a flat board or my mouse. No trackpad. It’s all in the wrist, man 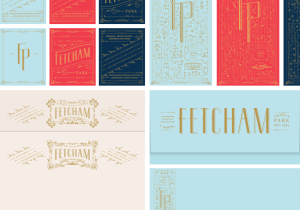 Q. What’s your favorite meal that your kids don’t finish that you do?

I’ll eat almost anything they leave behind. I do intermittent fasting, and in that 6-8 hour window, I clean the house out.

Q. What sport would be the funniest to add a mandatory amount of alcohol to?

Ping pong would be pretty funny!