Jason Kernevich and Dustin Summers are self-made designers in the truest sense of the word. They have been combining crackpot ideas, dreaming and drawing up things as The Heads of State for a very, very long time.

They have created award-winning posters, book covers, as well as branding and illustration for clients such as Nike, the New York Times, Starbucks, the School of Visual Arts, the United States Postal Service, and many, many musicians and artists.

Dusty and Jason are teachers, at Tyler School of Art, where they both studied. The duo have their own apparel collection, called Pilot & Captain. What started out as an experiment between friends has grown into a stately design empire.

Q. What do you think of the upcoming Ghostbusters reboot? Be honest.

JASON: I think it’s a really good idea, and I think Kate McKinnon is brilliant and awesome. I love her, but it does not look good.

DUSTIN: Yeah it looks like it’s too CGI, and there’s that giant clown guy walking across. It just looks so preposterous.

JASON: I know everybody’s talking about CGI. I just don’t even think the the jokes from the trailer are funny.

Q. Who is the Pilot and who is the Captain? 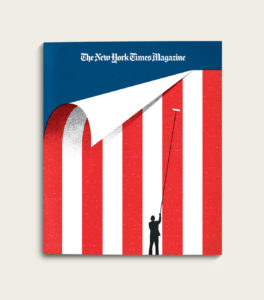 DUSTIN: From 8 to 15 I really wanted to be a pilot, so we might have to fight over that one. I don’t know I can see you (to Jason) being little bit more flashy, a captain.

JASON: I can be like drinking up at the bar on the dock, and then go onto the boat.

DUSTIN(TO JASON): Like the Titanic captain, really, going to be seen in the craps room, go to the table, dance with the ladies.

DUSTIN: 3 years ago I also went through a phase where I think it would be awesome to be in a giant like Maersk tanker, for 7 months across the Pacific.

JASON: I think that’s why he’s the captain and I’m the pilot.

Q. If the Liberty Bell was to be sampled in a Wilco song, featuring Kanye West, what would the song be called? 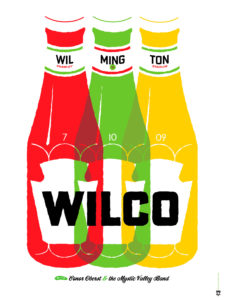 DUSTIN: It would be called Kanye Franklin.

Q. Who has better calf muscles, Dustin or Jason?

DUSTIN: I would say Jason does. He’s got a more stocky, muscular build. He was born with giant arms.

JASON: I don’t know if this is a compliment. I’m wearing shorts right now.

BOTH: If you put enough Cheese Whiz they all taste the same. You can’t go with Geno’s anything. Geno’s is the racist one.

Q. Is it better to be a teacher on a Monday or a Thursday?

DUSTIN: Thursdays are better. I’ve taught on Mondays for the last 7 years and I hate it.

JASON: Thursdays for me are just like a big black smudge. At least Monday is kind of lumped into the weekend, makes you kind of start off on Tuesday. Thursday is a train wreck.

Q. What’s the dumbest question a client has ever asked you?

BOTH: We discussed it and it came down to “Is black a color?” In reference to “Do I have to pay for that 3 color trimming, black doesn’t count as a color does it?” Yes, it is a color.

DUSTIN: Kobe Beef. We were talking about Kobe yesterday,

JASON: I kind of hate both, because I don’t really get down with the international transport of animals that aren’t allowed to run around. Like I don’t really want a cow from Japan that’s just been like hanging out in closet. Nor do I like Kobe Bryant, he really doesn’t interest me either.

DUSTIN: I don’t know a third Kobe either.

Q. What would it take for you guys to shave your awesome beards? 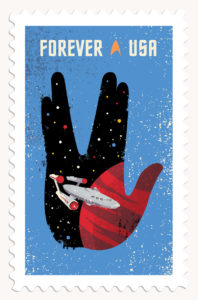 DUSTIN: I’ve traditionally had a pretty large beard, but I have to be honest with you, it’s all because of laziness. I just hate to shave. So I would do it for pretty cheap Ghostbusters tickets and some popcorn or something like that.

JASON: Yeah I probably wouldn’t shave it on my own, but if we’re making a wager I would be interested.

Q: As designers, at what point were you comfortable to just say this is who we are and this is how we design?

DUSTIN: The way we started the studio, we didn’t start out as the agency trying to get big clients. We started out doing music and things like that, so I don’t think we ever felt the need to have that kind of serious edge to us. I think maybe now more recently the last couple years, Jason has really done a good job of fine tuning that and we still have the edge. He needs to talk a little bit more to that kind of straightway style.

JASON: We always have enjoyed writing and I think that the best writers just write how they talk. I think as we’ve grown up with a little bit, our writing and designing has kind of grown up with us, but it’s all meant to be our sensibility. I think like Dustin said, we never set out to be a design firm, really. Something just happened by accident, and we never felt like changing all that to make it like everybody else’s.